The Numbers are Just a Tool

Martin Elvis is a senior astrophysicist at the Smithsonian Astrophysical Observatory. When not getting bumped up to business class, he studies quasars and other fascinating phenomena in the Universe with Chandra and other telescopes. 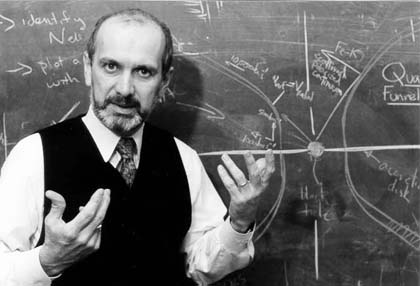 There are some professions that I admire, but know I could never do because they involve skills that are utterly mysterious to me. It's easy to see what's involved in being a great baseball player or singer -- even if I can't hope to do it -- but what do you need to be a great fashion designer? Year after year coming up with new ways to cover the same human form? Totally baffling.

But as an astronomer, people often ask me the same thing: what do you actually do? Isn't it all numbers and equations? How can you get anything interesting out of those? I'm usually pretty much at a loss to explain, but recently I sat on a plane next to an investment banker (yes, I got bumped up to business class) and chatted about what we each did. This gave me a taste of what it's like asking a scientist what they do.

She invests in startups in developing countries, raising a few hundred million here and investing it there. All for profit, of course, but with an eye to helping people in these countries too by having special classes of investment fund. All very clever and useful. I had to admit to her, though, that I couldn't balance my checkbook and found finance utterly boring - all you do is play with fractions of percents and track random looking ups and downs of stocks.

"Oh no," she said, "the numbers are just a tool. What I do is think about the projects -- building factories, starting companies, and deciding if their plans are sound or not. I use the numbers, but they are not what it is about."

And so it struck me -- that's what I do too: the numbers are essential, but they are just tools to help us sort out what's going on in a quasar, or a galaxy or whatever an astronomer is studying. I use the numbers and I argue over them all the time with my colleagues, but I'm just using them to decide which idea is sound or not. When I look at a page of numbers from quasar observations, I see the quasar, not the numbers. At least I see a model, a picture, of the quasar and see how the new observations fit or do not fit. Maybe they'll make me change the model, maybe they'll make it stronger. We'll have to see.