Megan Watzke is the press officer for NASA's Chandra X-ray Observatory. Her responsibilities include writing press releases, organizing press conferences, and more for newsworthy results from the telescope. She is also a co-investigator in the "From Earth to the Universe," "From Earth to the Solar System," and "Here, There and Everywhere" projects.

Like many people who work in science, I had an interest in the subject since I was a little kid. I remember going to the public library at 7 or 8 years old and asking the librarian for books on pulsars and quasars (they sounded like the coolest things I had ever heard of.)

As I went through middle school and high school, I developed other interests like history and literature. In fact, I almost accepted a scholarship to a university (that I didn't go to) for a program in the humanities.

In the end, I picked a college big enough that it would include any major I could want and -- subconsciously or not – that included astronomy. At the University of Michigan, I started taking astronomy and astrophysics courses right away. Even though I took courses in many other areas, almost every semester had me in some sort of astronomy-related class.

When it came time to pick my major, I knew it was going to be astronomy. The funny thing was that by this point, I already knew that I didn't want to be an astronomer in the classic way. I loved the subject, but I had tried research and it wasn't a good fit for my brain or personality.

The summer before my junior year, I discovered that there were a handful of graduate programs in science journalism. Finding these programs was the proverbial light bulb going off in my head. It opened up the door to realizing that I could write about science for a living, giving my different interests a chance to merge into one career. 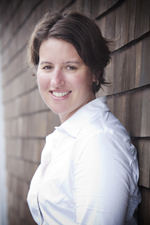 From there, it seems like my career has naturally unfolded for me. From the Boston University science journalism program, I went to a position in the Public Affairs Office at the Harvard-Smithsonian Center for Astrophysics. That led me to becoming the press officer for NASA's Chandra X-ray Observatory, a position I have held since 2000.

Along the way, my interests have continued to grow and evolve. These days I am very much interested in many different aspects of science communication. This spring, I am excited for my first book, co-written with Kim Arcand, to be published called "Your Ticket to the Universe."

In the end, however, everything in my career has had one theme: bringing people to science and bringing science to people. For me, the more people who are comfortable and literate in science, the better our society. I hope that I have had a small part in helping to make that happen.