Taking Another Look at a Historical Supernova

We are delighted to welcome Mary Burkey as a guest blogger today. Mary is first author of a paper, describing the trigger mechanism for the Kepler supernova, that is the subject of our latest press release. She grew up in Raleigh, North Carolina and is in her last semester at North Carolina State University. When she graduates in May, she will have Bachelors degrees in Physics, Chemistry, and Applied Mathematics. After commencement, Mary will attend one of the graduate schools she is currently exploring and plans to obtain a PhD in Physics.

When people all over the world looked up into the night sky 409 years ago and saw a new star, they immediately began studying it. However, no one studied this new celestial object more closely than Johannes Kepler. Over several years, he synthesized his observations into a historical book, De Stella Nova, which later justified naming the star “Kepler’s supernova.”

In the course of the four centuries that have since passed, the remnant has been discovered, characterized as a Type Ia or thermonuclear event, and extensively observed by a now-modern armada of telescopes including the Chandra X-ray Observatory. However, since Kepler’s explosion in 1604, there has not been another known thermonuclear event in the Milky Way galaxy to help us understand the actual explosion mechanism. Though astrophysicists have ideas and models of how the event must have happened that work well with many other, not-so-close events, we cannot say for sure if these models are correct. Thus, looking at Kepler’s remnant and attempting to re-create the explosion from observation is a perfect way to test the models. However, as a seasoned astrophysicist once told me, the closer an object is and the longer one looks at it, the more it misbehaves.

I stumbled upon Kepler’s supernova remnant a couple of months before I began my undergraduate career at North Carolina State University. After taking a couple of physics classes at the University while I was still in high school, I decided to explore doing research. I had always been interested in the stars and my co-authors had a very stimulating project that they were willing to let me work on. The remnant of the famous Kepler’s supernova had some unusual circumstellar material (that is, material that the doomed star or its companion sheds before it explodes) in it that the current thermonuclear models could not explain. To help solve this conundrum, Dr. Stephen Reynolds and Dr. Kazimierz Borkowski had a spectacular 9-day Chandra dataset that I could pick apart to quantify and characterize the material. Thus, I gave up my previous summer endeavors of roasting in the sun, twirling a whistle, and yelling at children for the very different work of an astrophysicist.

Since that summer, the Kepler project has progressed and expanded quite a bit. My statistical analysis of the remnant became much more elaborate over time as well. At the end, the analysis algorithm successfully located the circumstellar material and allowed me to quantify it. It formed a very nice disk-shaped structure in the center and along the north rim, that, to my and my co-author’s delight, was confirmed using a Spitzer Space Telescope infrared observation. Furthermore, the algorithm also located various other substructures in Kepler’s supernova remnant, the most interesting of which was a large concentration of iron on the left side of the remnant near the center. We thought the feature might be a "shadow" of iron cast by the companion star that could have blocked a portion of the explosion.

Thus, with a rough map of the remnant’s structure beginning to establish itself, we decided to expand into the computational world to see if we could recreate what the observation had shown us. I did a few simple one-dimensional simulations using a program called VH-1 to test the idea using basic physics. When the results seemed successful, we passed the torch to Dr. John Blondin, our local expert on VH-1 and a co-author on our new paper. He turned the data we gave him into a beautiful 2D simulation, that when projected over 3 dimensions, seemed to form our circumstellar disk almost perfectly. 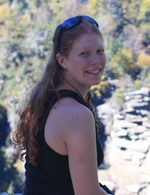 Though our published results included the aforementioned computation, there is always more to do. The iron shadow could potentially reveal even more hints of the original thermonuclear explosion. The feature may even be worth its own simulation similar to that of the circumstellar disk. We could also look closer at several other substructures that the algorithm found within Kepler. With any luck, all of these hints and those provided by similar remnants will soon sum to a better understanding of how Type Ia supernovas explode. The Milky Way itself is long overdue for a supernova, particularly an Ia. One day, such an event will happen. When it does, our armada of telescopes and astronomical devices will begin observing the new star with as much fervor as Kepler himself did all those years ago. Hopefully then, we will officially know how these stars meet their demise. Who knows, maybe when such an event does happen, it will break the convention and behave just as astrophysicists anticipated it would.