Last week, Tech Collective, Rhode Island’s industry association for Information Technology and Bioscience, announced ten Rhode Island IT practitioners, digital media designers, and entrepreneurs as its 2014 Tech10 Award recipients. Our own Kimberly Arcand, a Rhode Island native, was recognized for work as the Visualization Lead for NASA’s Chandra X-ray Observatory. Kim shared her thoughts on some important topics in science communication, which we include below. 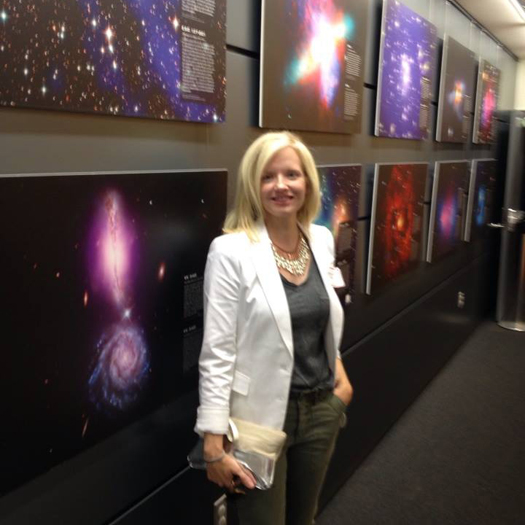 The “STEM” fields of science, technology, engineering and mathematics seem inextricably linked, particularly in the field of space science. We can work from wherever there’s a connected computer – being able to access data from a spacecraft, orbiting a third of the way to the Moon, because of the telecommunications system/network and software that connects the observatory to the Deep Space Network and down through to – eventually - my laptop. My particular piece in this is directing the translation of the data and information into forms that others can use. That process happens in many ways, whether through the more literal form of processing binary data into visual representations of a cosmic object, or tweeting about a recent science result.

Technology can be empowering. From intelligent assistants and other technologies that can help people with developmental disabilities to improved screen reading technology and 3d prints that can help the visually impaired. Technology can also help build bridges between seeming dissimilar fields – such as medical imaging and astrophysics. We might think that they have nothing in common, but it turns out that looking at how researchers scan and image the brain can help lead to new software that lets an astrophysicist model an exploded star in 3d. So connecting between and across ideas, and between and across people is key. 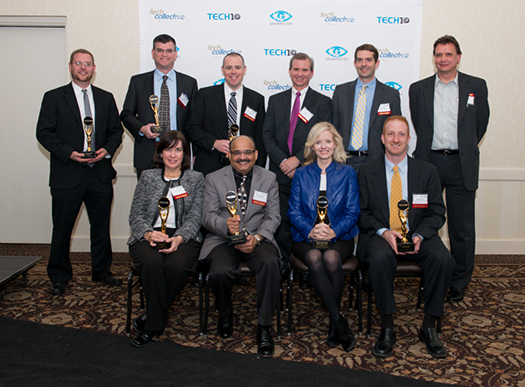 On some days, I feel like I get to sit in the Universe’s cathedral. I think of cathedrals as these tall towering places that have been around seemingly forever, where you can wonder at how the architecture works, breathe in the beauty of the stained glass windows and where eventually you might get to thinking deep thoughts. We all get really, through the public space program, a front row seat into this deep, infinite beauty. These images of the Universe can also help us reflect on those timeless questions: what are we? where are we going? where do we come from?

How do you make the high-energy Universe accessible? The Chandra team approaches that question in a number of ways. We’ve studied and applied new technologies to make sure the images are scientifically accurate and aesthetically pleasing – paying attention to both truth and beauty so to speak. We connect the science that can seem somewhat esoteric to information that people are probably more familiar with. For example, when talking about gravitational lensing in a cluster of galaxies, we might talk about how the bending of light that’s going on is similar to the bending of light that happens at sunset when the sun can look a bit squashed, or the bending of light that happens in order for your eye glasses to work.
My colleagues and I are also pretty passionate about not just tossing this data out into the world, but working to make it accessible whether by location and having exhibits in public spaces such as libraries and parks and malls, or by technology type and translating the data into tactile and Braille formats for differently-abled learners.

I have a tendency to be interested in many topics and I’m often looking to explore something new. And at the end of the day, I like connecting seemingly separate things. I’ve always loved science, since I was very little, but I found that technology enabled me to do really cool things in science. Science and technology go hand in hand.
Using technology to reach people about topics such as science, engineering and math, can be great. But at the same time I, and the rest of our group, try to be careful to not make assumptions. Assumptions about access to hardware or software, assumptions about other’s desire to use technology, or even assumptions that how people access information say, online, are the same as how they access it in a physical space. Technology doesn’t have to be the end state, but it has the power to allow you to get to the end state.

Kim Arcand has been working for Chandra since before the telescope was launched into space aboard the Space Shuttle Columbia in 1999. She likes to say that she tells stories -- stories of science. They can be directly from the data, translated into a visualization, a representation of a cosmic object. Or they can be with images and words, translated into an exhibit, a tweet, or a book.

Subcategory:
Women in the High Energy Universe
Disclaimer: This service is provided as a free forum for registered users. Users' comments do not reflect the views of the Chandra X-ray Center and the Harvard-Smithsonian Center for Astrophysics.
Please note this is a moderated blog. No pornography, spam, profanity or discriminatory remarks are allowed. No personal attacks are allowed. Users should stay on topic to keep it relevant for the readers.
Read the privacy statement